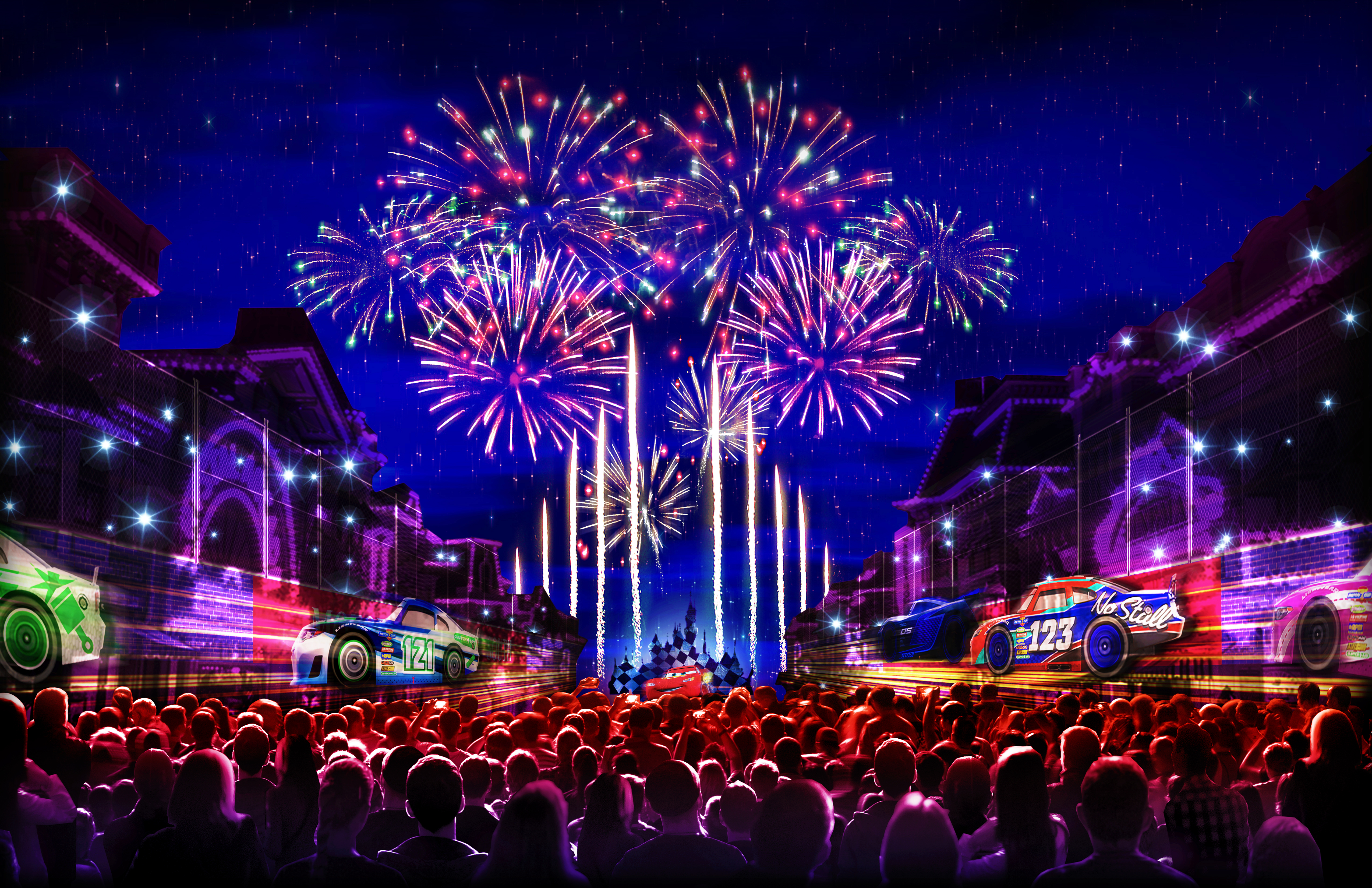 Calling all Disney•Pixar fans! Pixar Fest is well underway at Disneyland® Resort in California — and we couldn’t be more excited about it. Disney•Pixar has brought us some of our favorite films, including The Incredibles, Cars, Toy Story, Monsters Inc., Finding Nemo, and TONS more. A masterpiece roster like that deserves a celebration, right? Pixar Fest wraps up September 3rd, but if you’re looking for an exciting and family-friendly getaway before the end of summer, you have to swing by for a visit. Here are 10 reasons why it’s worth the trip to Anaheim…

World-class attractions bring your favorite Disney•Pixar films to life in ways you could never imagine. Thrill seekers will love riding the Incredicoster with baby Jack-Jack at the recently revamped Pixar Pier in the Disneyland® California Adventure® Park. Fun fact: The Incredicoaster’s tracks cover almost 1-1/8 miles, so you’re in for an exciting ride!

If you’re looking for something a little slower, you’ll love the Pixar Pal-A-Round. This beautiful attraction takes you high above the park, providing some memorable and breathtaking views.

Of course, these are just a few of the rides you’re sure to love. You’ll find fun Pixar-themed attractions around every corner.

Pixar fans of all ages will definitely want to test their skills with some of the Pixar-themed games. Pay-per play games inspired by Disney•Pixar stories include:

Whatever games you play, you’re sure to have a blast!

Pro tip: Purchase a special play card with prepaid credits at dispensing machines near the booths.

Where are our food lovers at? Tasty treats inspired by Disney•Pixar favorites are sure to satisfy all your cravings. No matter what your favorite films, characters, or foods are, you’re sure to find something you’ll love!

If your mouth isn’t watering already, check out the full Pixar Fest menu and get ready to eat your way through the parks.

We already mentioned food, but in our opinion, The Lamplight Lounge at Disneyland® California Adventure® Park stands on its own. Located at the entrance of Pixar Pier, newly opened restaurant is a must see for all Disney•Pixar fans and creative types. You experience Insta-worthy views of Paradise Bay, delicious food, and movie memorabilia — including concept art, napkin sketches, knick-knacks, collectible toys and other goodies from the filmmakers.

Pro tip: You can browse the menu and make your reservations ahead of time to guarantee a spot.

It’s nearly impossible to end your Disney vacay without picking out some fun mementos and goodies. You’ll find Disney•Pixar merch all around the parks, but at Pixar Pier you’ll want to visit Bing Bong’s Sweet Stuff and Knick’s Knacks. At Bing Bong’s Sweet Stuff you’ll find Bing Bong’s sweet candy tears, saltwater taffy, and other deliciousness. At Knick’s Knacks you’ll find an awesome assortment of goodies and souvenirs featuring Pixar favorites. From shirts and hats to toys and plushes to Pixar concept art, get ready to take home a little piece of Disney•Pixar magic!

6. Pixar Play Parade inspired by all your favorite Disney•Pixar’s films

Over at Disneyland® Park, travelers of all ages can discover their favorite Pixar pals in this magical Pixar-themed parade, appropriate for all ages. The Pixar Play Parade inspired by all your favorite Disney•Pixar’s films is a high-energy spectacle and lots of fun! On hot days, you may even get misted or sprayed! It’s a can’t miss opportunity to see some of your favorites!

The Paint the Night Parade is the “biggest, brightest, most Pixar-powered parade in Disney California Adventure® Park history.” We can’t argue with that! You’ll see some of your favorites, including Buzz, Woody, Mike, and Sulley, make their way through the park. You’ll also see The Incredibles, which made its debut at the after-dark sensation in June. The lights, special effects, music and positive energy really are something special!

8. Together Forever — A Pixar Nighttime Spectacular

The Paint the Night Parade isn’t the only thing lighting up the sky during Pixar Fest. You won’t want to miss Together Forever — A Pixar Nighttime Spectacular, which features friends from Disney•Pixar films, and some of the most dazzling projections and pyrotechnics you’ve ever seen, and well-known music from the movies. It’s a favorite among our hotel guests, and something you’re sure to remember forever.

Hurry over to Hollywood Land at Disney California Adventure® Park to catch special screenings of beloved Pixar short films — perfect for Pixar lovers, animation aficionados, and film fans of all ages. Grab your 3D glasses and catch all your favorites bursting to life on the big screen.

10. Celebrate all things Disney•Pixar with us!

Phew! Those are just a few of the exciting and fun things happening during Pixar Fest. Are you exhausted yet?

If you plan on making your way to Anaheim, CA for this must-see celebration, consider sharing the Pixar magic with us at the Anaheim Majestic Garden Hotel. We have everything you need to enjoy Pixar Fest, including:

Hurry and book your stay before September 3rd to catch all the Disney•Pixar magic!