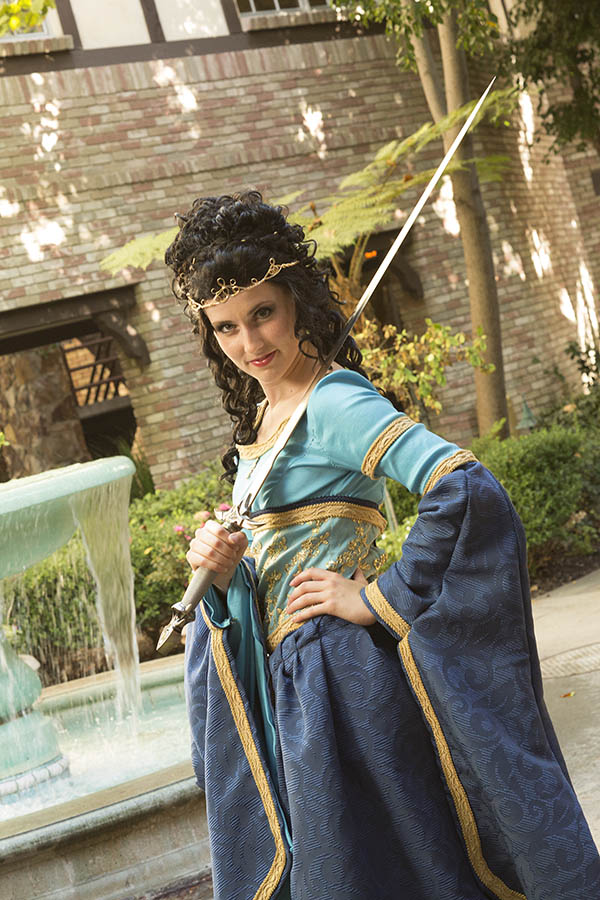 t was a very long time ago that Shadow the Snow Dragon rescued Princess Corinne from the Evil Sargon. Little did Shadow know, Sargon had only taken the princess captive in hopes of luring Shadow into a trap! His plan was to capture the dragon, lock him inside a giant iron box, and sell him to a Medieval Circus (the very worst fate for any dragon). While Princess Corinne got away, Shadow became tangled in Sargon’s net! Poor Shadow’s shimmery-white scales became bruised and broken as he struggled to free himself.

The evil Sargon cast aside his heavy sword and, with all of his might, attempted to drag Shadow, net and all, into the iron box. He surely would have succeeded had someone very brave not stopped him – and just in time! It was the princess! She had returned, and seeing Sargon’s sword, seized it and swiftly cut the dragon free! Shadow then swatted Sargon with his powerful tail, sending him flying off through the air and into the night!

The princess had the dragon cared for by all the best doctors in the castle. First, they bathed Shadow in the castle’s Koi Pond. Not only did these waters heal the Snow Dragon’s wounds, they also magically altered his scales so that he could change color whenever he chose. This allowed Shadow to blend in with whatever environment he inhabited, rendering him at times nearly invisible!

When the king and queen learned of his gallantry, Shadow was knighted. Never before had a dragon been a King’s Knight, and he was so pleased with the honor that he pledged to protect the castle evermore. He did have one request though – and not an unreasonable one – that Princess Corinne be knighted as well. She had, after all, saved him from a miserable fate.

This hotel is that very same castle, and Shadow and Corinne can both be seen patrolling the grounds to ensure the safety of the nobility and, of course, guests like you.

Sargon is still a threat though – and still very tricky! He pledged to one day return to the castle and seek his revenge. For this reason both knights must be constantly moving and hiding in various places throughout the castle, ready to protect anyone who might come into harm’s way.

If you look closely, you might spot one or even both of them! Princess Corinne wears a beautiful blue gown, the skirt of which is gathered at the sides so she may easily run about. You’ll not likely see her without her sword and shield. She has raven hair, twinkly eyes, and a mischievous smile.

Should you catch sight of her, here is what you must do: whisper, “Hail Princess Corinne. Be strong, valiant knight!” She needs to know that all of her efforts to keep us safe are appreciated.

Shadow the Snow Dragon, with the help of his magical scales, is usually very well hidden. He is also quick and therefore very difficult to spot. Look for him outside, as he doesn’t fit so well in the castle corridors. For him, leave a bit of food, perhaps an apple or crackers (he’s a vegetarian), out on your balcony or on a table by the pool. Shadow is always hungry; he’ll gobble it up and be glad!

Beware; however, do not feed the fish in the castle’s Koi Pond. Remember, it was these same waters that endowed Shadow’s fine scales with their mystical properties. Its perfect mineral balance must not be disturbed for another reason too: here resides Corinne’s dear friend and helper, Tobi the Koi fish. Tobi speaks to the princess in her dreams, warning her whenever Sargon is near. If you are lucky during your stay here, Tobi might visit you in your dreams too. He’s playful in that way! If you’d like to tell Tobi hello, ask one of the Castle Keepers to point him out to you. He enjoys visitors – particularly children!