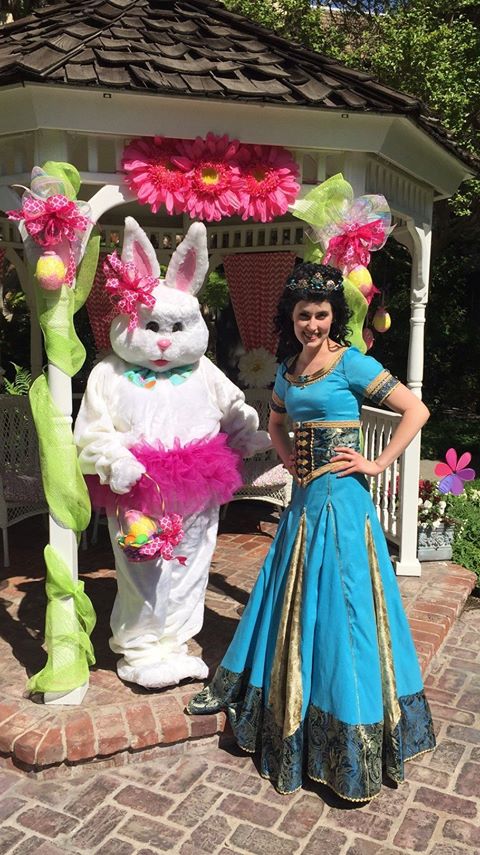 With spring’s official arrival comes spring fever and spring break vacation. It has such a nice ring, doesn’t it? Let’s say that again – vacation. Spring is also springing up deals at Anaheim Majestic Garden Hotel.

Take advantage of the HoppyJestic package with rooms starting at $139 a night, April 1-30. It includes free on-site parking, a 15 percent Garden Bistro discount dining card, and a spring keepsake gift. Use the code HOPPY17.

Join the royal Annual Easter EGG-stravaganza and hunt with Princess Corinne and special guest star the Easter Bunny on Easter Sunday. Or hop on over to the kingdom across the street, aka, Disneyland and catch all the newest updates and rides.

In preparation for the live action release, the all new overlay in Fantasyland is all about Beauty and the Beast. You can even taste “the grey stuff, it’s delicious! Don’t believe me? Ask the dishes,” at the Red Rose Taverne, formerly the Village Haus. And you might catch a glimpse of the Beast and Belle touring around Fantasyland.

In Disney California Adventure if you haven’t done it yet “ Soarin’ Around the World is well worth a spin. New last summer, the formerly “Soarin’ Over California” is now global with flights over China’s Great Wall, Sydney Harbour, Mount Kilimanjaro, the real Matterhorn, and more. And it still offers a full sensory experience with unexpected moments and smells.

Or prep yourself for the release of the new “Pirates of the Caribbean – Dead Men Tell No Tales,” with a trip on the classic theme park ride, which celebrated its 50th anniversary this month. The movie opens Memorial Day weekend.

On top of all that entertainment, our average temperatures in April are in the high 70s during the day with lows in the 50s at night.